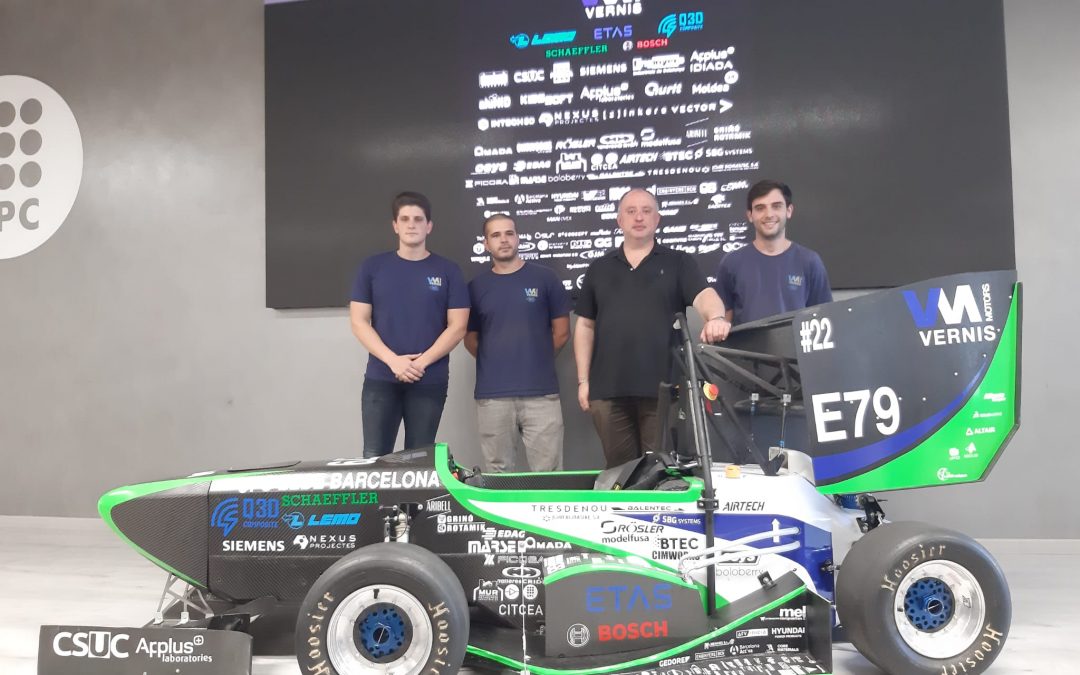 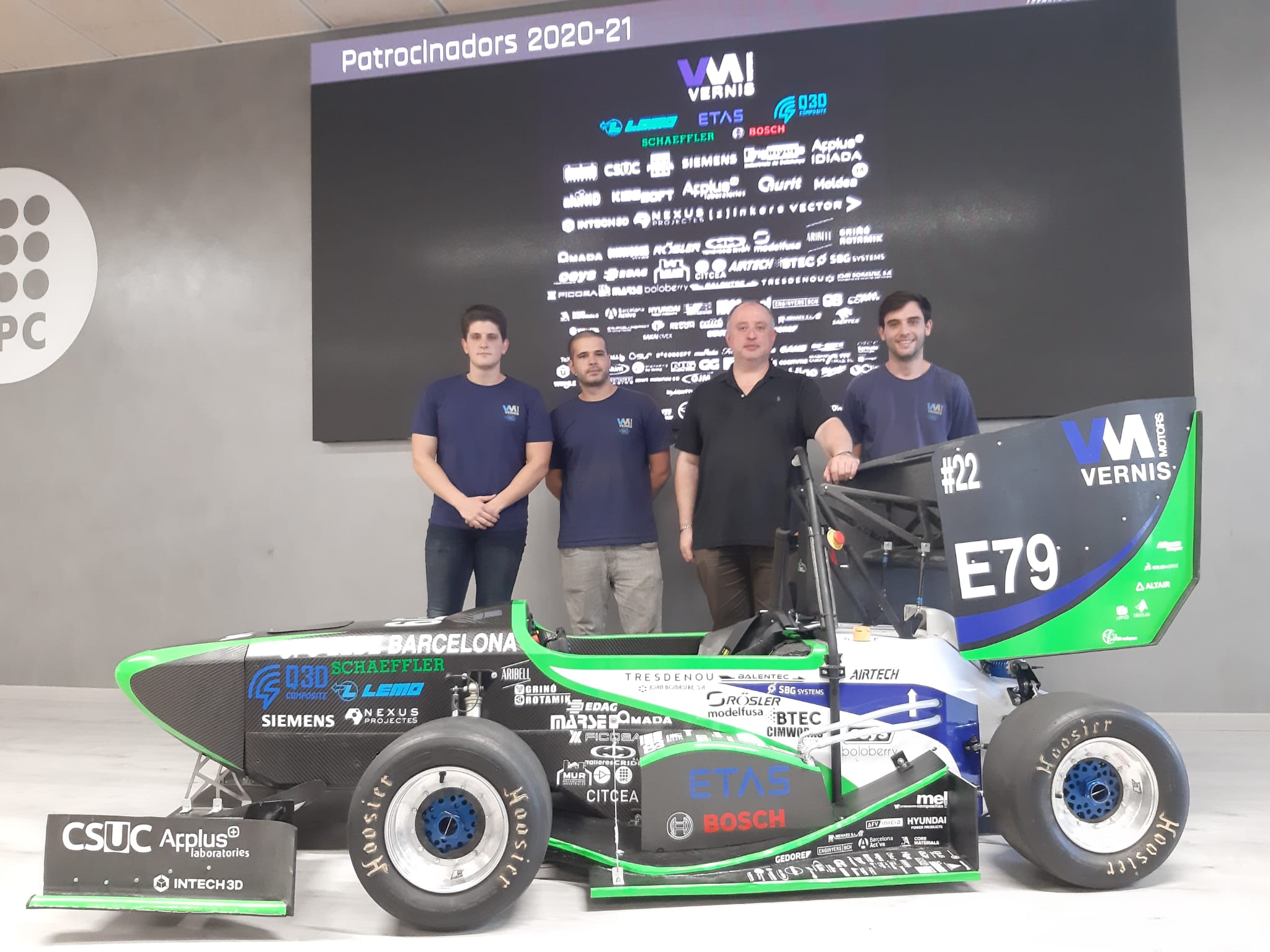 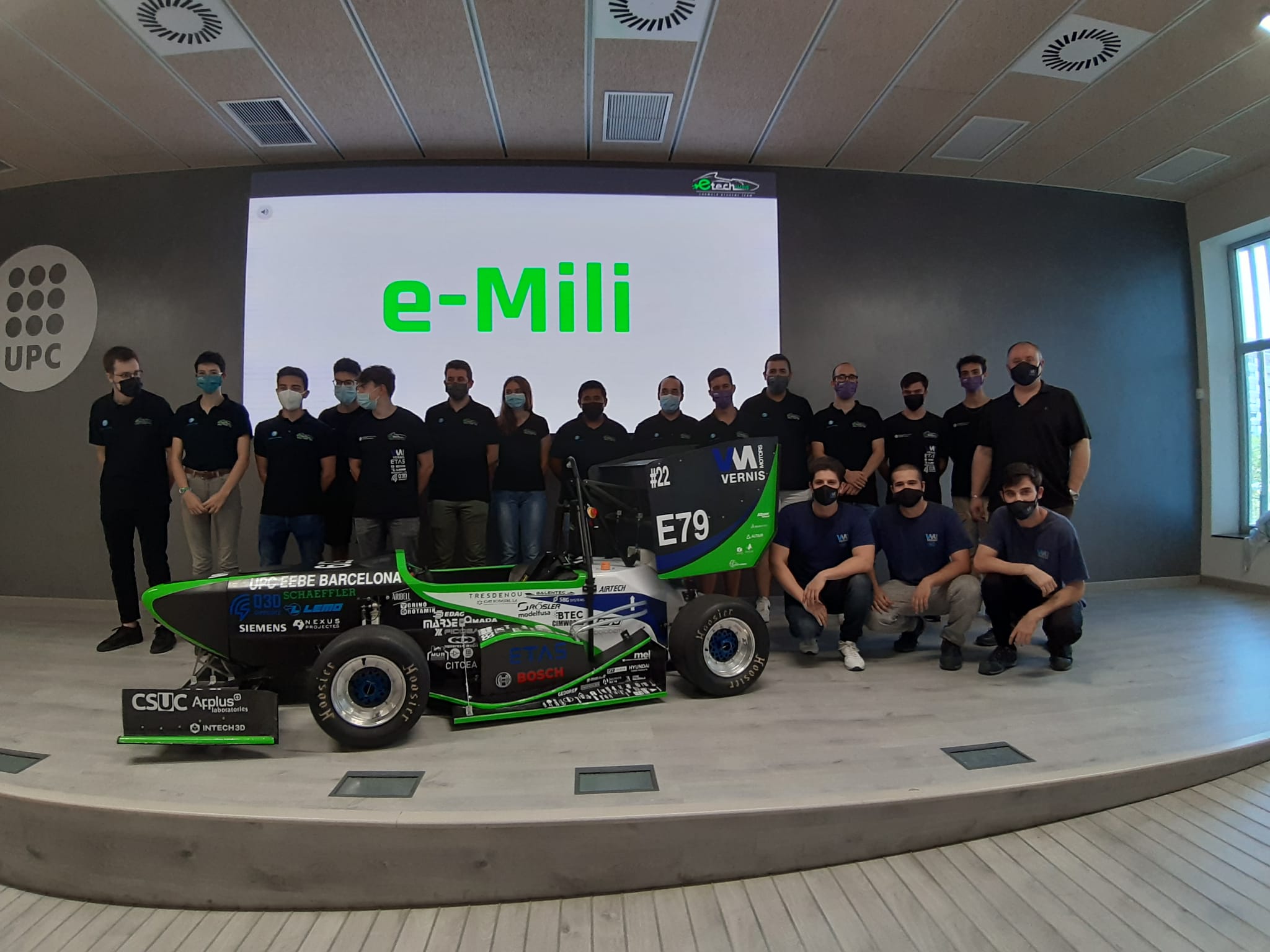 It is a team made up of 37 students from the “Escola d’Enginyeria de Barcelona Est (EEBE)”, a school included in the Diagonal-Besós Campus of the Universitat Politècnica de Catalunya (UPC) which has replaced the Escola Universitaria d’Enginyeria Tècnica Industry of Barcelona.

Its mission is to develop a high-performance electric single-seater to compete in different international events of the Formula Student contest, always starting with the closest one: the Formula Student Spain, which is held at the Circuit de Catalunya.

VERNIS MOTORS SL in its firm commitment to collaborate with the universities and knowledge centers of our industrial ecosystem, we have signed a collaboration agreement with the team of the Escola de Barcelona Est (EEBE), of the Universitat Politècnica de Catalunya (UPC).

e-Tech Racing is a Formula Student team made up of 39 students from the Escola de Barcelona Est (EEBE), of the Universitat Politècnica de Catalunya (UPC). Each year, the team’s goal is to develop an electric single-seater to compete nationally and internationally in Formula Student. The team is very excited about the project and ready to face the new challenges that this season has in store for us. Meeting this goal would not be possible without discipline, effort, humility, generosity, teamwork and, above all, PASSION.

Vernis Motors became the main sponsor of one of these teams 4 years ago, the Barcelona e-Tech Racing team. The company’s proposal was to design the engines for the propulsion of the car and, at a time when the company’s participation in the field of electric mobility is growing rapidly, Vernis Motors could not deny it. In just six months, the needs were solved, the design was completed and the first tests were carried out. 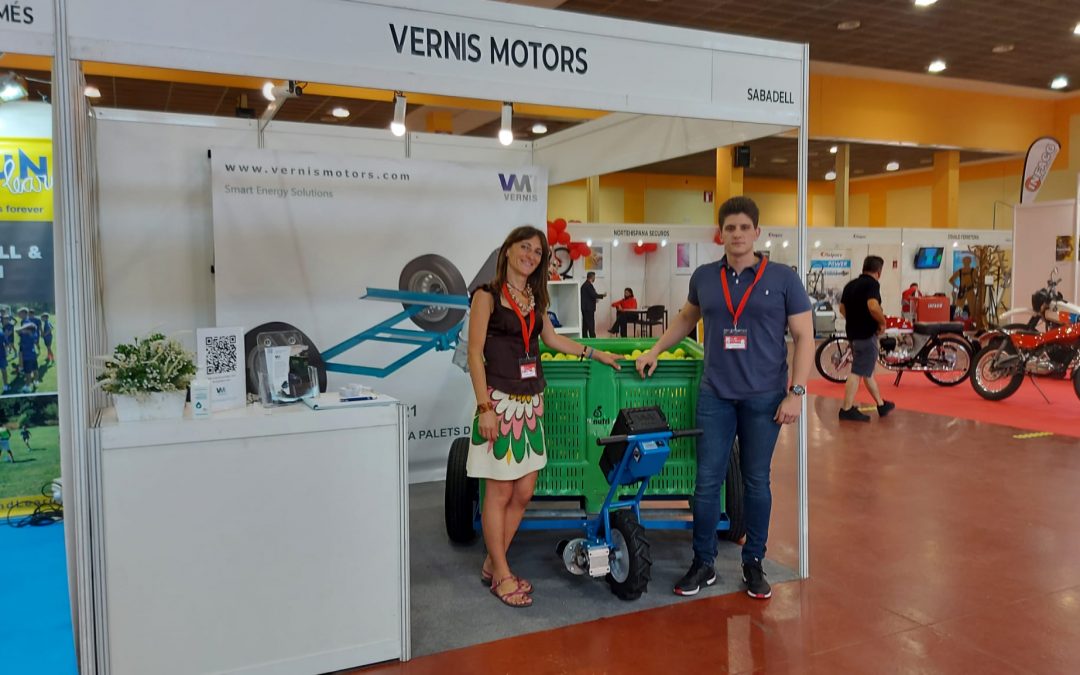 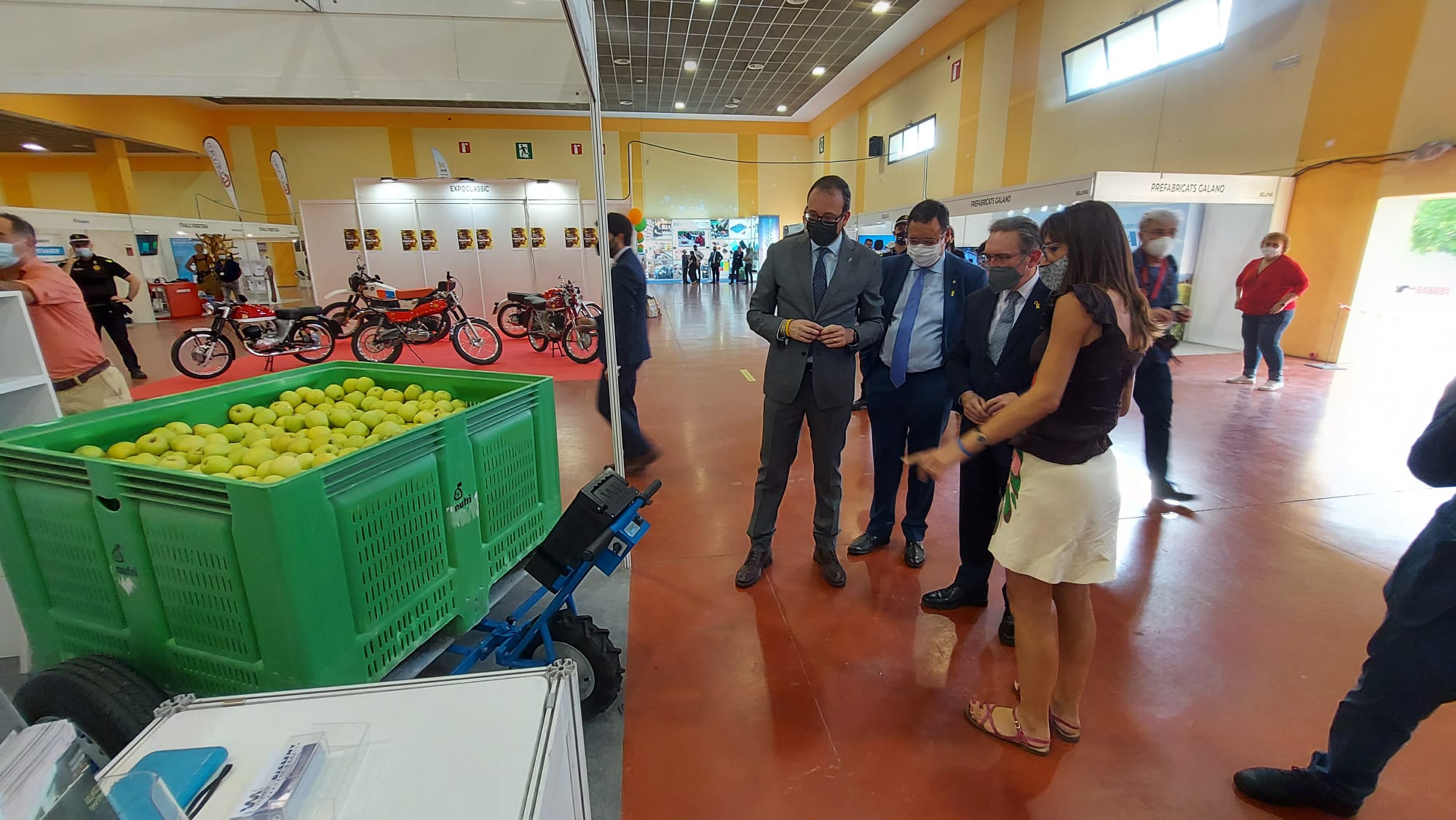 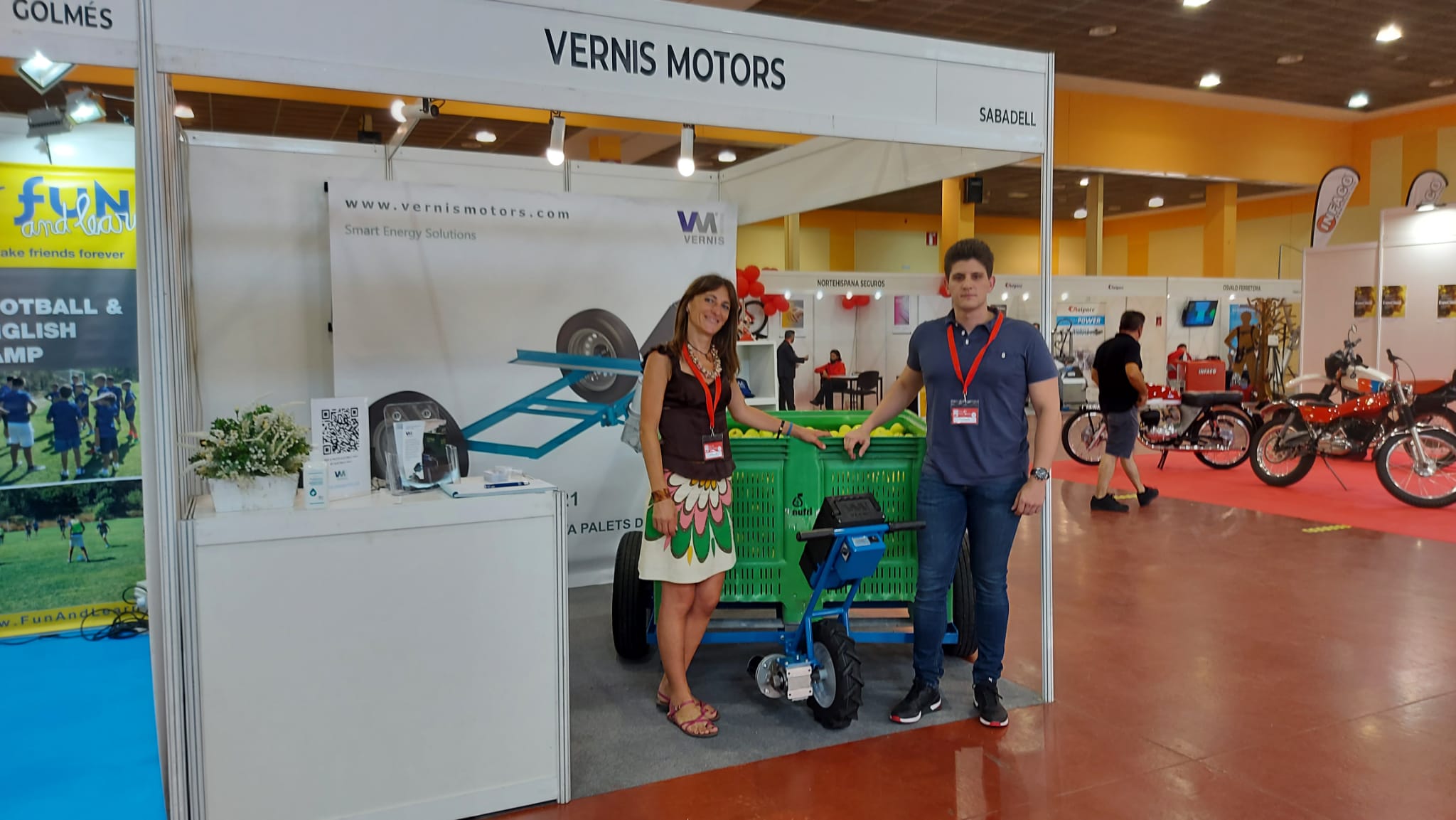 VERNIS MOTORS, SL has participated in the 142nd edition of the San Josep Fair where it presented its latest novelty. The VM21 electric fruit pallet rack is the perfect solution to facilitate handling on the ground and minimize human effort. The VM21 is completely electrically driven, consisting of a permanent magnet motor with a power of 0.3 kW and a very light portable battery that offers a capacity of 20A, which translates into a full working day service.

Throughout the three days of the fair, it was possible to capture the great interest that aroused among Catalan fruit growers and those from the fringe, for a solution that would facilitate the handling of fruit pallets. “We want to improve the work of thousands of fruit pickers who face the heavy work of dragging pallets of more than 350 Kg every day” in the words of our sales manager, Mrs. Mihaela Mohe.

The idea is to offer two solutions. On the one hand, an electric kit that is attached to any existing manual forklift, which would allow disused carts to be given an outlet. On the other hand, we offer the complete cart (electric kit plus metallic structure) for those fruit growing clients who want a complete solution. The company plans to participate in upcoming fairs to publicize the product in other parts of the territory. 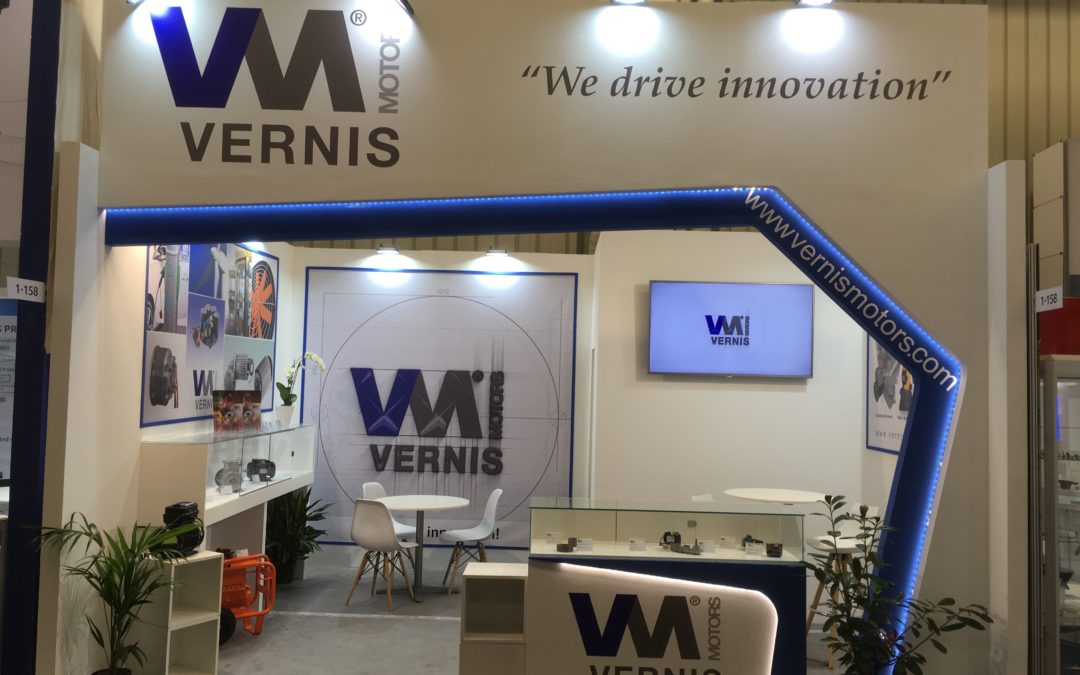 VERNIS MOTORS presented for the third time at the 2019 SPS automation technology fair, as a specialist in the manufacture of electric motors for all types of industry. VERNIS MOTORS presented solutions both in the range of high efficiency motors and brushless motors. These two market segments offer significant potential to the industry that seeks greater efficiency and maximum reliability in drive controls through an electric motor, and provides growth opportunities for VERNIS in terms of experience in its own sector specialization.

At the SPS 2019 fair, VERNIS MOTORS showed the latest engine models, which can easily regulate its speed (RPM), and power.

David Casanovas, director of the technical area explains: “With these brushless motors, they allow that with a lower weight, they can generate greater power, reduce the cost of maintenance, and with consumption is lower (40% less compared to the motor with brushes ), so that the motor can rotate at more revolutions. “ 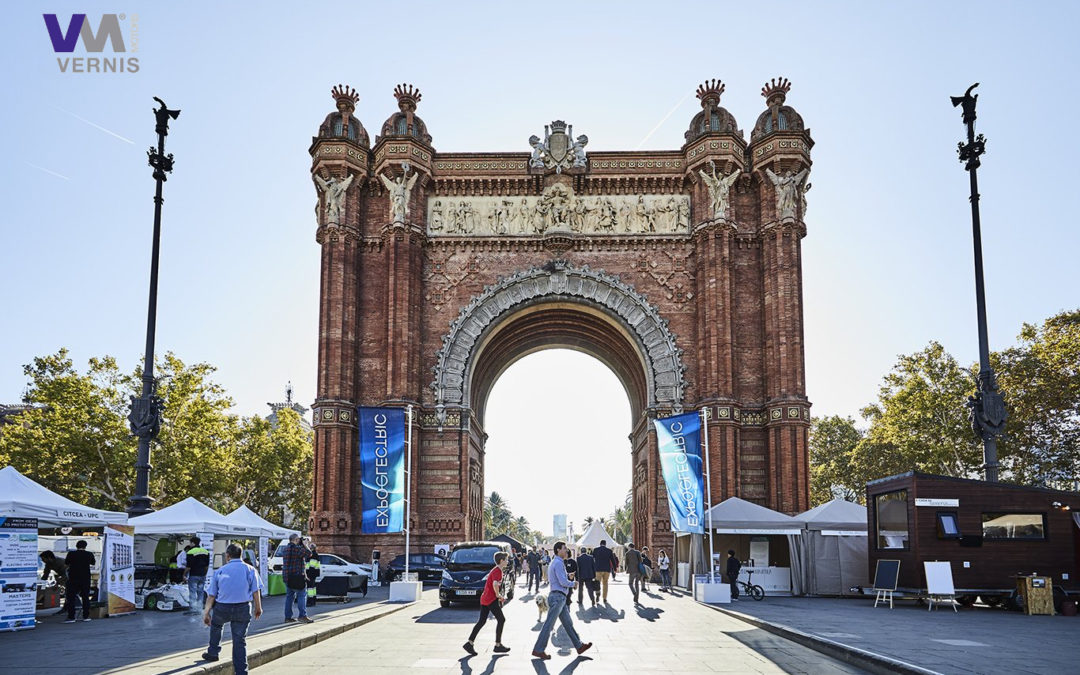 VERNIS MOTORS SL participated one more year at the EXPOELECTRIC 2019 Fair held in Barcelona from 2 to 3 November 2019, where it presented the latest developments in high efficiency engines, as well as the new range of electric mobility motors The stand was represented by all the commercial team of the company, in addition the president and founder, Mr. José Ujaque, accompanied the commercial team, and held several meetings with interested customers with solutions that allowed them to electrify their vehicles

Since 2018, VERNIS MOTORS SL has opted for a participation in this fair that is a benchmark in the electric vehicle in southern Europe. 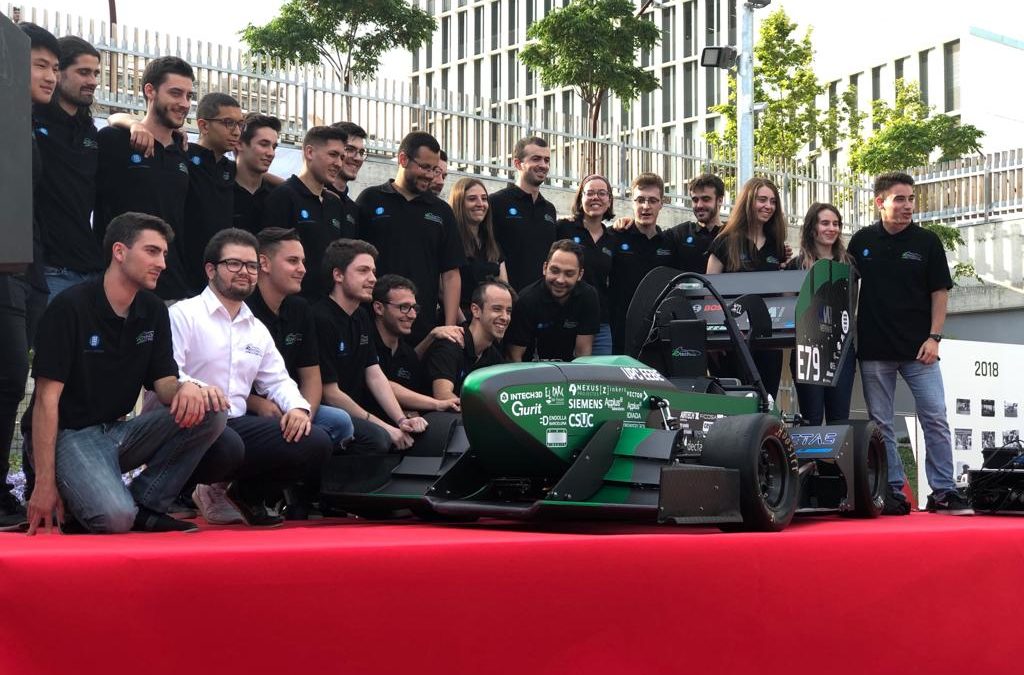 VERNIS MOTORS will bet another year for the e-tech racing team, and will support the design and construction of its new student formula car, with the provision of two electric motors.

Since the eighties, there is a worldwide competition where teams trained by engineering students have to gain and expand their knowledge by designing and pouring a small car of style to compete against other universities in the World.
Currently, with more than 400 teams divided into electrical and combustion equipment, and with 16 competitions on 4 continents, it has become the biggest showcase for future automotive engineers. It’s called Formula Student.

Vernis Motors became the main sponsor of one of these teams, the e-Tech Racing team of Barcelona two years ago.
The company’s proposal was to design the engines for the car’s propulsion and, at a time when the company’s participation in the field of electric mobility grew rapidly, Vernis Motors could not deny it. In just six months, the needs were resolved, the design was completed and the first tests were carried